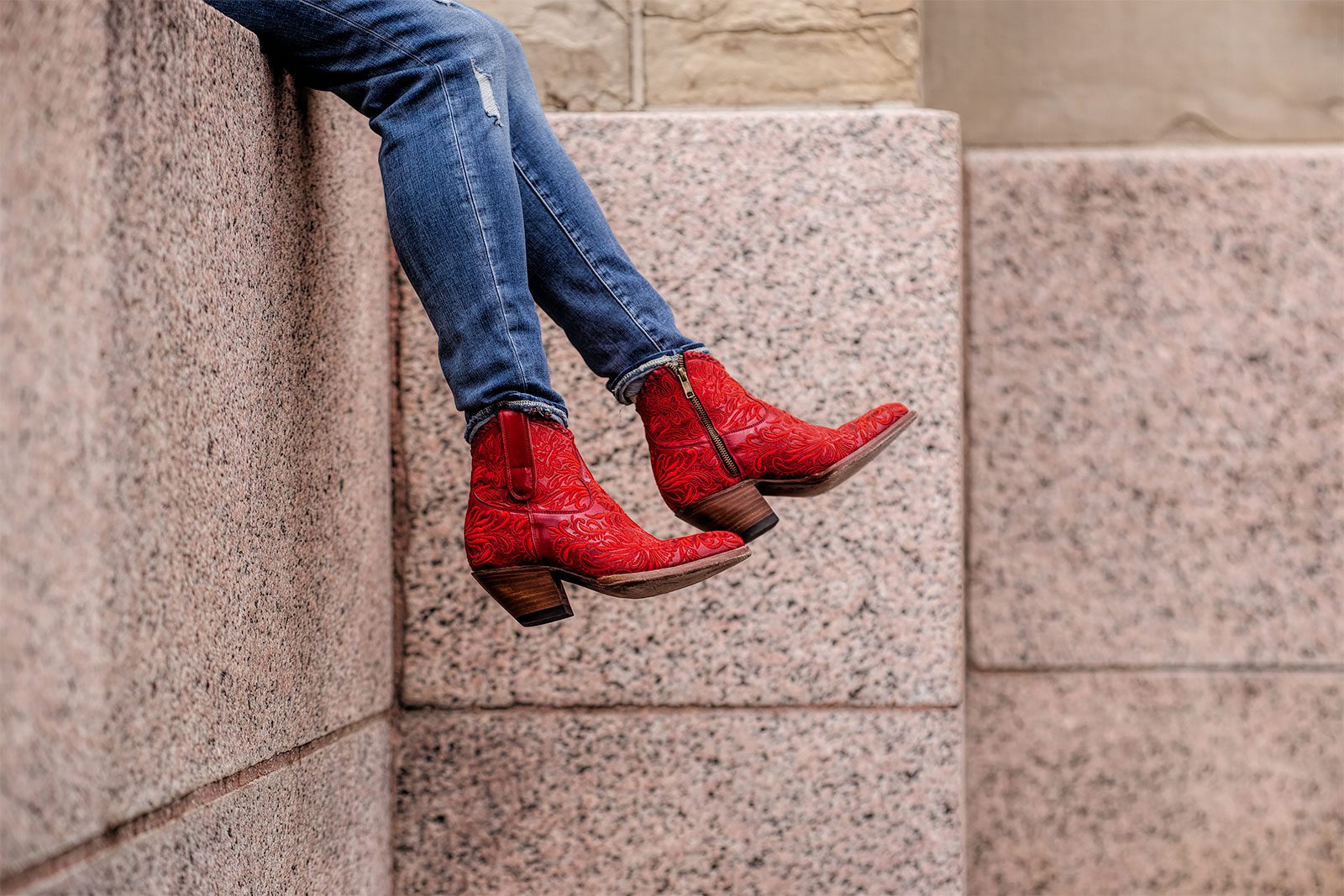 Do you have a favorite pair of shoes you love? I do. Right now, they are a pair of red Mila boots from Allen’s Boots in Austin, Texas. I have always been drawn to the color red. I think I inherited that trait from my Grandma Schmidt (my mom’s mom). As far back as I can remember, she wore red. Red clothes and shoes, red lipstick, red fingernails, and for many years, she even dyed her hair red. I always admired her boldness and loved that she was so flashy. 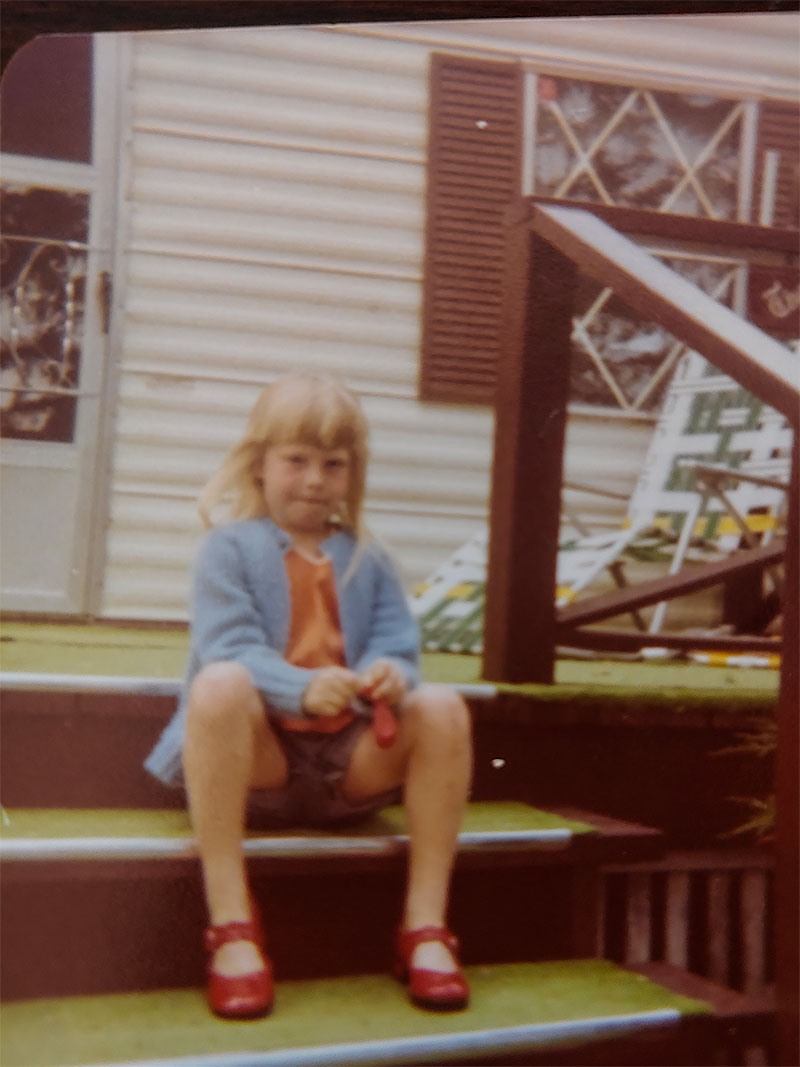 I got my first pair of red shoes when I was five. My mom purchased them from the Goodwill store in Chickasha, Oklahoma. They were made of shiny patent leather and had a little chunk heel. A small strap crossed the top of my foot and joined a buckle on the side, and if you looked closely, you could see tiny hearts on the sides too. They were beautiful, and I felt like a princess when I wore them. And I wore them, literally, every day.

At five years old, my sense of style was questionable to say the least, as I paired those fancy red shoes with everything. Dresses, pants, shorts—it didn’t matter to me. I had a “no sock” rule that accompanied my fashion statement, and with that rule came severe consequences. My feet would sweat from hours of outdoor play and by the time I came in for dinner and a bath, my feet were filthy from a mixture of sweat and red Oklahoma dirt. Dare I even mention the smell? It was horrendous. My sweet mom knew how much I loved those shoes. I suspect she wanted to just throw the nasty little things into the garbage, but she did her best to eliminate the odor by pouring baby powder in them in the hopes it would soak up the stench. It never worked.

I wore those red patent leather shoes until the day I could no longer squeeze my growing feet into them. It was a sad day to have to say goodbye. Well, sad for me—my mom was probably overjoyed. Forty-three years later, I am happy to report I have a new favorite pair of red shoes. However, the old saying holds true … a girl never really forgets her first love. Tell me about your favorite pair of shoes! 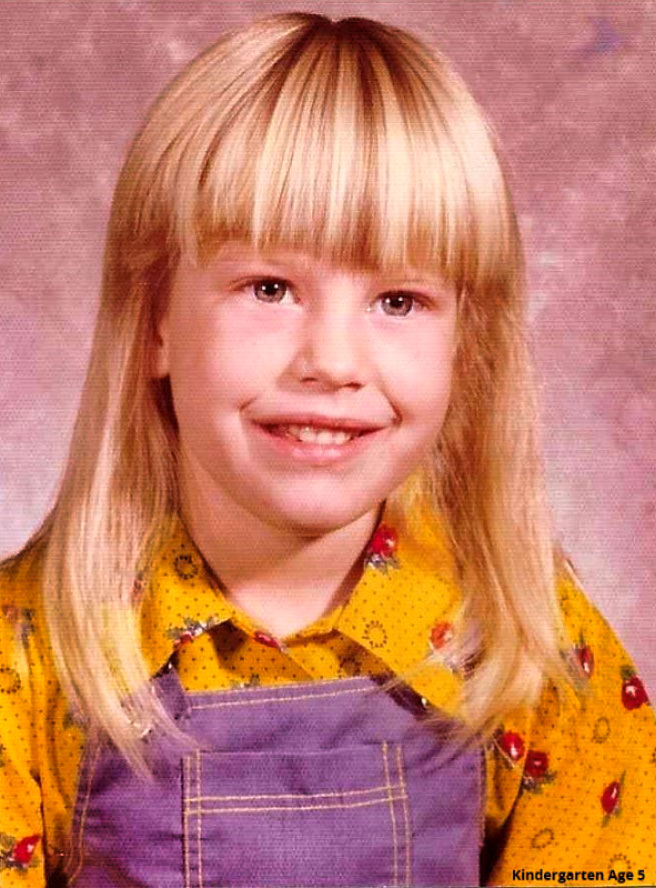