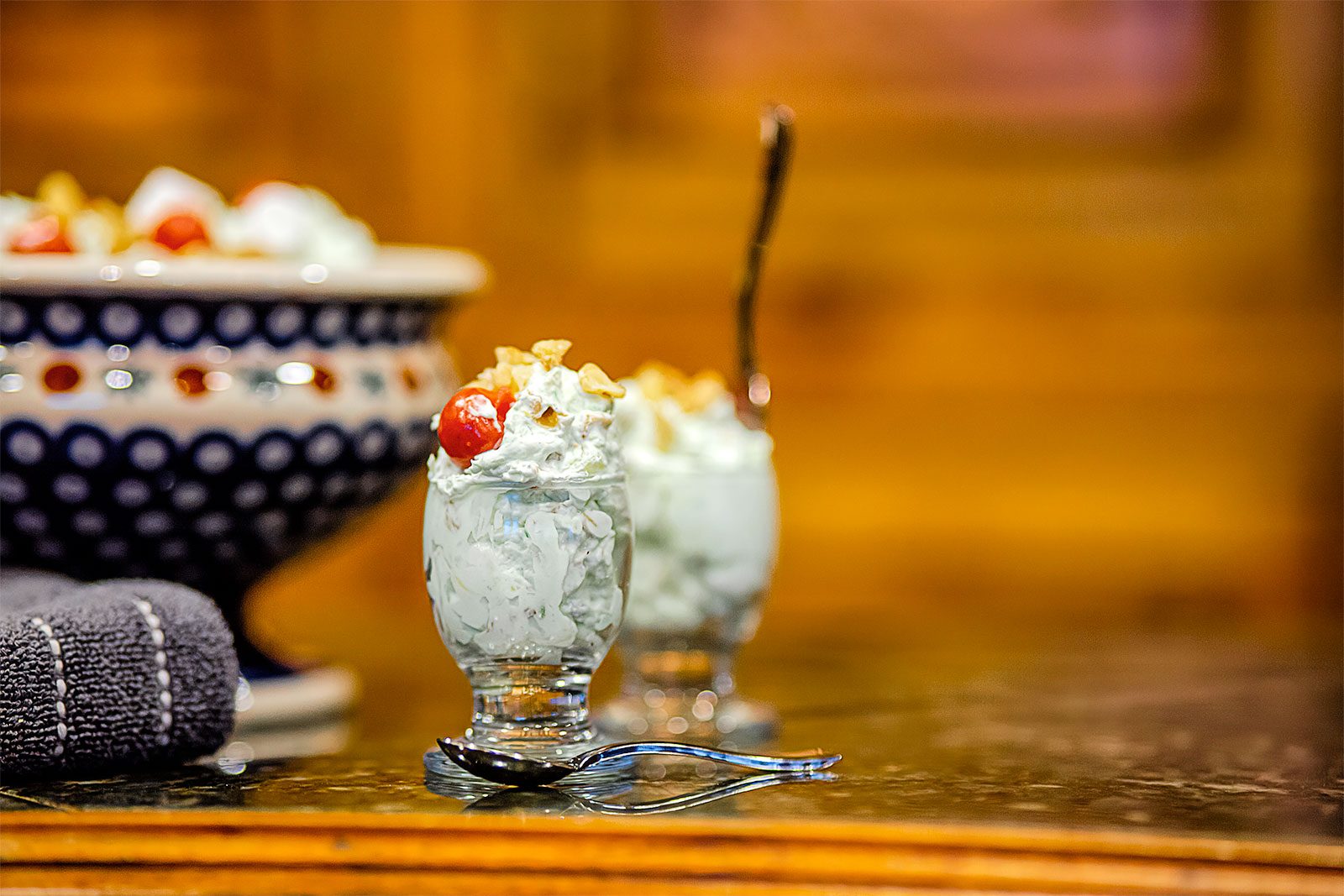 My Grandma Schmidt was the best cook in the universe. I could go on for days telling you about all her yummy homemade creations, but today’s story is set aside for my favorite dessert—Green Stuff.

Because my family lived in Oklahoma and Grandma and Grandpa Schmidt lived in Iowa, we didn’t get to see them as much as any of us would have liked. But when we did get to visit, Grandma would spend hours preparing a variety of special treats for us. She would make coffee cakes, bars, cookies, gooey pull-apart monkey bread, and Green Stuff.

Its official name was Watergate Salad, but when you are three, you tend to call it like you see it, and the pistachio pudding mix used as the main ingredient turned the sweet, fluffy dessert green. I think Grandma put extra marshmallows in there for my benefit because every bite spilled over with them. She also served it up for breakfast (also for my benefit), although it really wasn’t a breakfast item. She would display the pretty dessert in a large bowl smack dab in the middle of the table amid the sausage, bacon, scrambled eggs, grapefruit, toast, homemade jam, and cinnamon rolls. My mom knew she was outnumbered and lacked control over what Grandma chose to serve her guests, but that didn’t stop her from shooting me a stern look for diving right into the Green Stuff before even nibbling any meat or eggs.

My entire life, Grandma always had a batch of Green Stuff waiting for me when I came to visit. Every bite would immediately take me back to when I was three. Even though I had grown into an adult, she never let up on the marshmallows—it still overflowed with them, and I never minded. She eventually gave me the recipe, and I began making it for my own daughter. She is now 28 years old with a family of her own, and when I ask her what special treat she wants when they come to visit, without skipping a beat, she says, “Green Stuff!”

What food items take you back to your childhood? Below is the recipe for Watergate Salad, a.k.a. Grandma Schmidt’s Green Stuff.

1 can of crushed pineapple (in juice; do not drain!)

Combine ingredients, fold in Cool Whip. Chill for an hour, then enjoy!