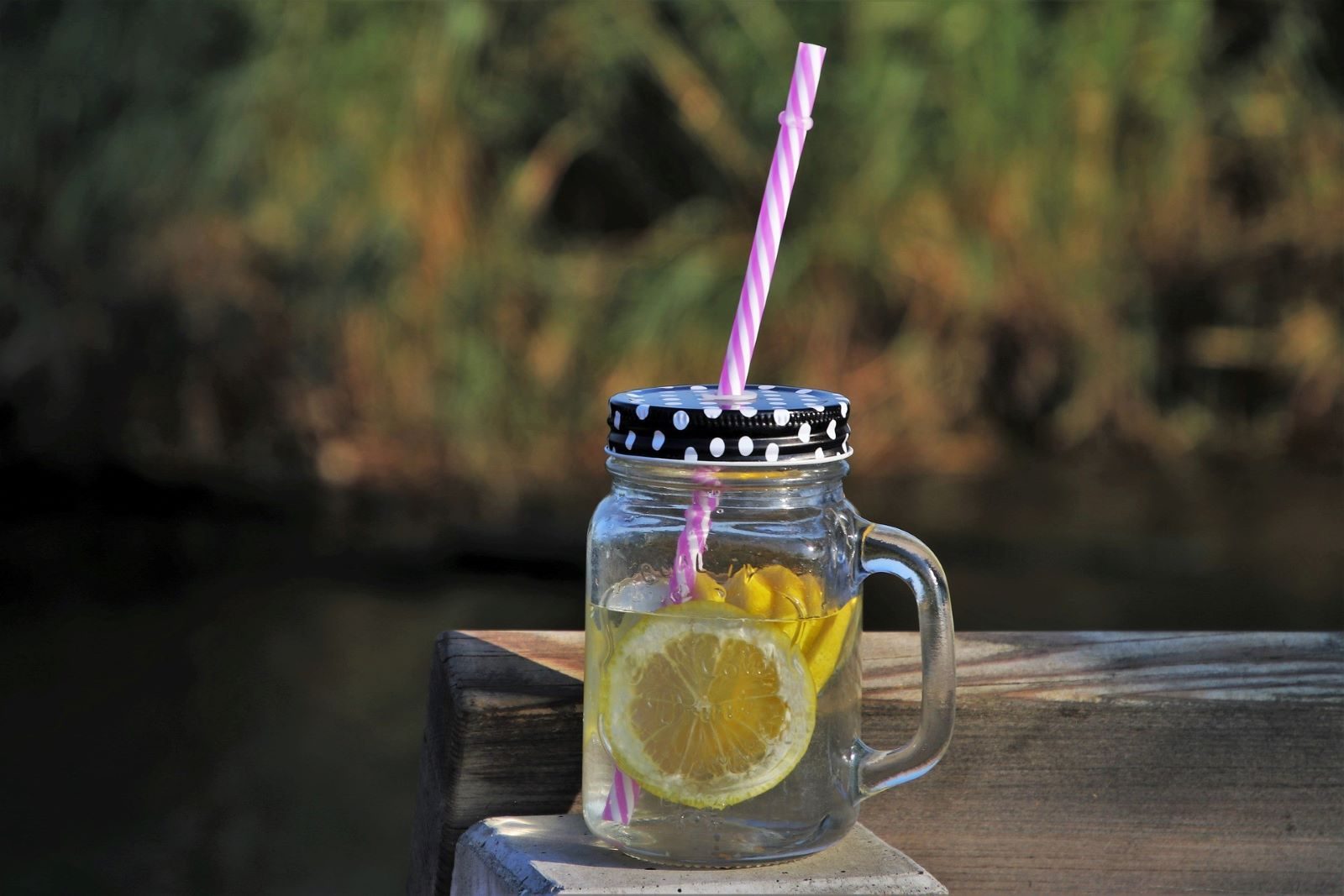 I was finally going to make some real cash. I was tired of being broke and unable to have the finer things in life. Becoming an entrepreneur and selling my own product was a sure-fire way to guarantee home ownership.

This is what I told my two homeless Barbies the summer of 1978. I just celebrated my sixth birthday and was having regret that I didn’t ask for the pink and yellow Barbie Dream House I saw in the Sears catalog. My Barbies had never owned a house. Instead, they lounged around my parent’s house all day. When bedtime rolled around, they retired to the cramped quarters of my old Raggedy Ann and Andy lunchbox. I apologized to the plastic beauties every night as I shoved them inside and blanketed their contorted bodies with piles of tiny clothes and accessories. “I am opening a lemonade stand; I’ll be able to buy you a home soon,” I promised as I closed the lid on their hopeful faces.

Thanks to my Grandma Schmidt, I already had a fine collection of inflatable furniture for my Barbies’ future home. I had a living room, bedroom, and kitchen set. The orange floral print of the couch, chair, and coffee table didn’t match the green design of the bedroom furniture, but it wouldn’t matter once inside the Dream House. The kitchen furniture was yellow. The refrigerator didn’t stand up on its own very well once filled with air. Its cardboard doors were covered in a stretchy plastic and when opened, you could see a painted picture of nourishing staples inside. I remember thinking it was funny there were bottles of pop and veggies in the fridge. But what really cracked me up was the whole turkey that was sitting in the freezer.

My older sister wasn’t into Barbies anymore, so she gave me a plastic Barbie bathtub she acquired years earlier. I don’t remember there being a toilet, sink, or vanity – surely I had those too, right? The bathtub was cool though – it made bubbles. With a little bit of water, a drop of kitchen soap, and a few pumps of a button at the foot of the tub, I was able to create a mountain of fluffy white suds.

When I told my mom about my career choice, she was supportive. She even helped me procure the supplies necessary for my lemonade stand: a Tupperware pitcher, a stack of Dixie cups, and a tiny packet of yellow lemonade. I insisted on making the tart liquid myself. Mom smiled as she backed away from the counter and let me take charge. I had seen her do it thousands of times – empty the lemon-flavored powder into the pitcher, add sugar and water, stir, and then add one more cup of sugar. Okay, my mom never added a second cup of sugar, that was my idea. Nothing but the best for my customers – the more sugar, the better.

Real estate was easy to come by for my business. I simply chose the front yard of our house. Between the street and sidewalk, I erected a folding T.V. tray and metal chair in the grass. I placed the pitcher of lemonade and stack of small Dixie cups on the T.V. tray – I don’t remember displaying a sign, but each cup of my lemon brew would cost consumers 10 cents.

My mom suggested I have a change box in the event someone gave me big bills, like a dollar. I repurposed an old “My School Box” that previously held Kindergarten supplies. What once housed pencils, crayons, scissors, and Elmer’s School Paste (I can literally smell that paste as I write this!) now held loose change for my lemonade business.

I only had one customer that day, but I will never forget him. Not because he was my one and only customer, but because I damn near killed the man with the thick, sugary beverage I had the nerve to call lemonade.

He was a police officer. One of Chickasha’s finest, who patrolled our small Oklahoma neighborhood. I waved at him as he approached my stand in his police car. When he pulled up against the curb, I could see inside the passenger window. There were lots of flashing lights and buttons on the dash.

“Whatcha got going on over here?” the police officer asked as he exited his car. His thick brown mustache couldn’t hide the handsome smile on his face.

“I’m sellin’ lemonade. You want some? Ten cents a cup!”

“Why, I was just thinkin’ I was thirsty,” he said reaching for his wallet.

Ecstatic, I immediately went to work, carefully pouring the yellow juice into one Dixie cup. The police officer held the cup for me; the pitcher was heavy – I had to use two hands.

Once filled, I handed him the cup and he, in turn, handed me a crisp one dollar bill.

“You can keep the change,” he informed me as he lifted the cup to his lips and took a swig. Suddenly, he started gagging and coughing uncontrollably. I watched in horror as he attempted to catch his breath and gain some level of composure. His eyes were watering and bulging at the same time. When he could finally speak, he muffled, “It’s good.” He managed to choke down the rest of it and handed me the empty cup with a weak smile.

“Good luck with your sales,” he said as he walked back to the driver’s side of the police car, still coughing. Bless his heart, the overly sweet concoction must have given his system an unexpected jolt.

After an hour, I decided I no longer wanted a career in lemonade sales. I didn’t want a Barbie Dream House anymore either. I had made a whole dollar – not bad, I thought, for my first job. A dollar was more than enough to buy a new bag of shiny marbles from TG&Y – and that is exactly what I did.

Me at a lemonade stand I found while exploring Bodega Bay, California (November, 2021)