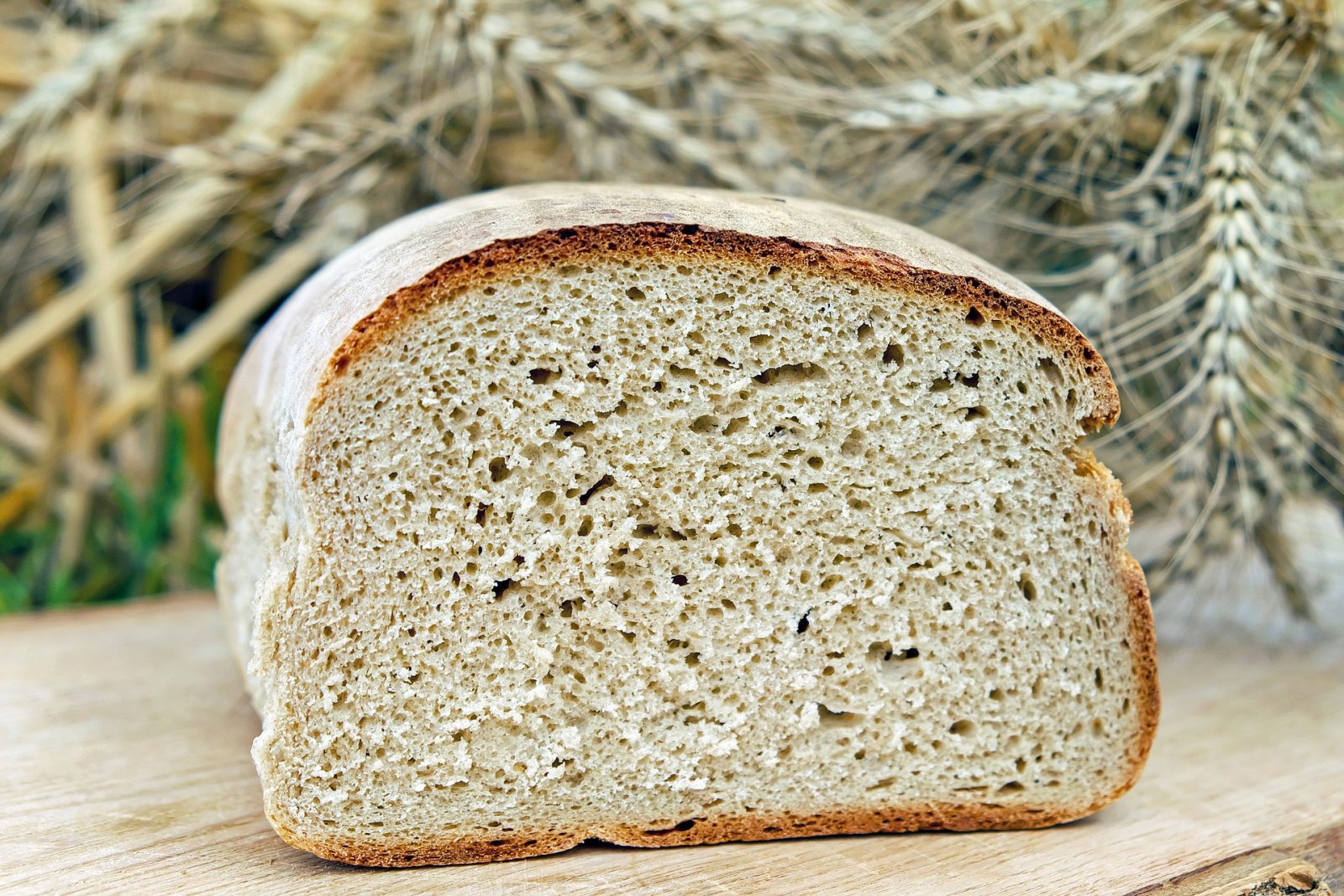 It was nothing more than a simple loaf of bread, but its message was powerfully unique to each of us. For the downtrodden, homeless man, it symbolized hope and life. For me, it represented humility and submission. Worlds apart, he and I, yet as we sat on a cold bench in downtown Ogden, we became one. The only difference between us was the gift we would receive.

Gift exchange was a fun tradition in our Utah neighborhood. Days before Christmas, our front porch became a breeding ground for homemade treats, tins of cookies, chocolates, and bags of caramel popcorn. One afternoon, I came home to a beautifully wrapped loaf of bread. The tag identified it as one of Great Harvest’s holiday staples: orange marmalade swirl. I smiled as I picked it up and carried it to the kitchen to join the rest of the treats. Such a lovely tradition, however, the number of treats always surpassed my husband’s and my ability to consume them. I never told anyone, but every year, I set aside a few goodies for us, then took the rest to the James V. Hansen Federal Building, where I shared the bounty with my co-workers.

Located on the corner of Grant Avenue and Historic 25th Street, the “Federal Building” was home to thousands of employees serving in multiple agencies. Parking around the six-story building was strictly reserved for visitors; therefore, us Feds parked across the street. Not a big deal, it was a short walk in the spring and summer, but in the fall and winter, when daylight hours were few, the walk seemed longer. I dreaded it.

Lampposts along the street and throughout the parking lot were intended to shed light on the darkened city block. Their illumination, however, produced a shadowy-infused ambiance. This created opportunity for ill-intended street occupants to engage in inappropriate behavior. As I walked to and from my car in the early morning and evening hours, I was accosted by men who emerged from the shadows. Some wanted money, others wanted sex. Refusal of either resulted in verbal attacks of profanity. It was an ongoing ritual; one that hadn’t broken any laws. I learned to simply ignore it, which is why I crossed the street without so much as a glance at the downtrodden man on the bench.

Clutching my purse and the loaf of marmalade bread, I hurried passed him and entered the safe confines of the Federal Building. My stomach was churning. By the time I made it to my office on the fourth floor, I was sweating profusely. As I took off my coat and mittens, I stared at the loaf of bread I placed on my desk. My heart began to pound wildly as these words entered my conscious: “Give him the bread.”

“No,” I said aloud to nobody in particular. I was not going to place myself in an awkward or potentially dangerous situation. Besides, I had already taken off my coat; I was not going back outside.

“Give him the bread.”

The prompting became stronger the longer I resisted. I could not concentrate. I could not get my heartrate down, nor could I stop sweating. After about 10 minutes, I reluctantly submitted. I put on my coat and mittens, grabbed the loaf of bread, and headed outside.

His head was tilted down, but he wasn’t asleep. I hadn’t noticed before, but he was an older man. His long gray hair was curly and stuck out from underneath a red crochet hat. He had on a waist-length black coat and brown boots. Looking at this man, my heartrate settled down. My stomach stopped churning. My fear immediately subsided.

“Hi,” I said. “My name is Vivian. Would you like some orange marmalade bread?”

Instead of looking up and accepting my gift, he shook his head ‘no’ and continued to stare at the ground.

“Do you not like orange marmalade?” I asked, sitting down beside him. Again, he shook his head, still refusing to look at me. “Me neither,” I confessed.

He had nothing to say to me and I didn’t know what else to say to him. I was confused at the prompting. Why go through all of this just for him to refuse my gift? We sat in silence for a few minutes before I stood up to leave.

“Well, I better get inside so I won’t get into trouble,” I said. He still would not look at me.

“I hope you have a blessed day. Merry Christmas.” As I turned to walk away, the man yelled at me. “Hey, get back here!”

From the tone of his voice, I expected confrontation. I cautiously turned around and for the first time, I saw his face. Tears were rolling down his rosy cheeks into his untrimmed beard. His expression softened. “Thank you,” he said. “Merry Christmas to you too.”

I nodded and smiled. Now I understood.

It was just a loaf of bread, pure and simple, and though neither he nor I consumed any of it that cold December morning, it nourished and filled our bodies. It was never my gift to give to a homeless man. Rather, it was a special gift intended for both he and I. It was never about the bread.

Give us today our daily bread…
Matthew 6:11